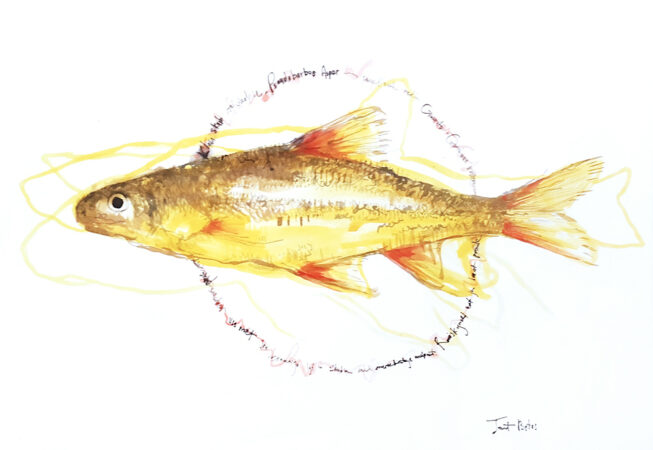 Watercolour and ink on fabriano

The smallscale redfin (Pseudobarbus asper) – vulnerable – is a freshwater wetlands fish in the family Cyprinidae which is endemic to South Africa. It is threatened by habitat destruction and the impact of invasive species.

Pseudobarbus asper occurs in the arid Karoo region of South Africa in the Gamtoos and Gourits River systems of the Eastern Cape in South Africa. The species is threatened by the invasion of its rivers by invasive fish, in particular the North African catfish Clarias gariepinus which has become established in the Gamtoos River and is known to have been introduced to farm dams in the catchment of the Gourits River. The fish can be encouraged to breed by the release of water from dams and impoundments to simulate a spate.

Created for, and as part of, VERGE in November 2018